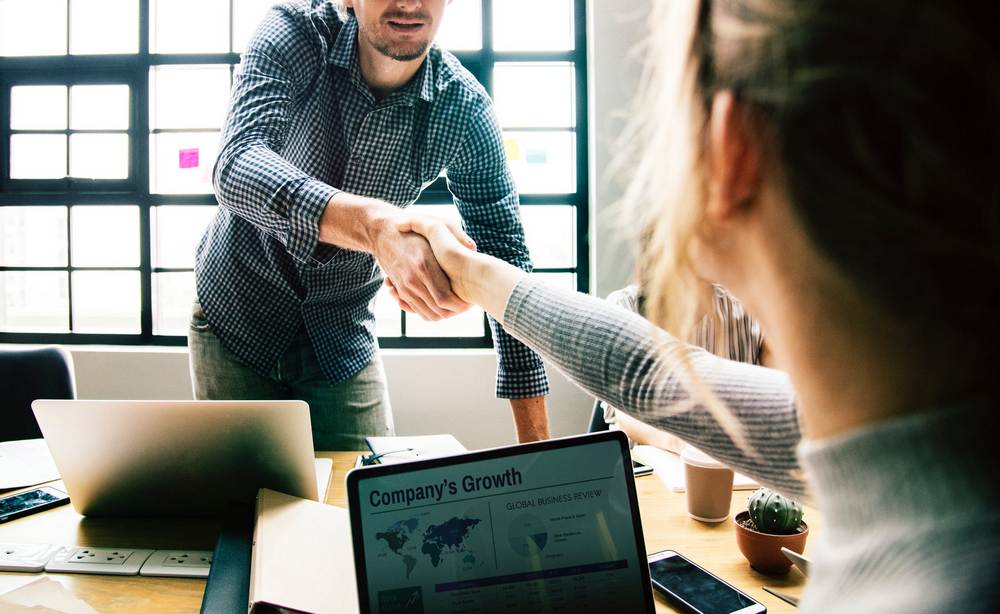 In all my studies of marketing and business development, there was one concept which, when I understood it, made the greatest difference in my attitude about spending time and money to further my business education: return on educational investment.

Before understanding this concept, I used to evaluate a book or seminar by how much it cost: if it cost between $50 – 100, I would consider taking it. Anything beyond that seemed much too expensive to consider. I assumed that a price over $100 was merely an attempt to rip me off and have someone else make money at my expense. I was a cynic and didn’t trust anyone to truly want to teach me anything of greater value.

All that changed when I was introduced to the work of Jay Abraham. His marketing material was unique, to be sure, but so were his fees! As I relate in detail in Our Story, I had to deal with tremendous sticker shock when I first thought of buying a book of Jay’s for $350. “Who does this guy think he is?” I demanded to know. “One book? That’s ridiculous.” But truth be told, I knew I needed help and wasn’t finding it anywhere else. Plus, Jay offered a 100% money-back guarantee on the book. I didn’t trust that he would really honor that (he would – I’ve seen him do it since) but I was hungry to learn something different.

I eagerly devoured Jay’s book and began implementing his ideas immediately. I was able to track the results of my implementation and found that within one year I had earned over $7000 from my $350 investment. This little experiment opened my eyes to the need to invest in my education. In retrospect, it seems obvious, but it sure didn’t seem that way ten years ago.

As I’ve continued to invest heavily in my business education (to the shock and disbelief of my colleagues), I have to face that fact that many psychotherapists seem to have a strong aversion to the old business adage that you have to spend money to make money. This seems so obvious to people in other professions, yet psychotherapists seem to have a difficult time accepting this.

Are Therapists Really That Cheap?

I’ve learned that psychotherapists have a reputation in the business community for being incredibly cheap. Several examples of this come to mind.

In my marketing consultation in the past ten years, many psychotherapists I’ve consulted with seem to think that spending money on more than a business card and brochure was way over the top. They wanted more income and success, but were very tight about investing time and money into learning how to do it and even taking small, calculated risks on new marketing ideas.

Secondly, when I was thinking of selling a product or service to the psychotherapeutic community, I contacted the people at Psychotherapy Finances, the leading newsletter for business ideas for psychotherapists. They told me in no uncertain terms that anything over $50 would simply never sell, and don’t waste my time trying to sell something for a higher price.

Lastly, I was recently on a web site for psychotherapists who want to grow their practices. They seemed to be particularly enamored with one book on the subject. But they went to great lengths to prepare the reader for the upcoming sticker shock: this book is really expensive, but we still think it’s worth it. They went on and on: we really do think it’s worth it, even though it’s REALLY expensive. That sort of thing.

I don’t think psychotherapists are cheap – I think they are just uninformed about Return on Educational Investment and Business Practices in general. And the great irony of this is that these same people spent thousands of dollars on tuition for graduate school and beyond, assuming that there would be a long-term, not short-term return on their investment. How many years did it take you to recoup all the money you spent (and didn’t earn) while you were in school? It’s actually a much faster return in business and marketing training.

When people understand the value of the knowledge and practices they are learning, they realize that solid information is worth thousands of dollars to them every single year they are in business.

Let me give you an example. Let’s say you go to a seminar and spend $2500 on it, and your annual income is $50,000. And let’s say from the entire seminar, you learn just one new idea that improves your annual income by just 2%. That may seem like a pitiful improvement, but let’s look at the numbers:

One other example: let’s say your average fee is $75 and by learning more about marketing and business, you get just one more client session per week. Again, sounds trivial…why bother? But if you work 50 weeks a year, that one client is worth 50 x $75 = $3750 per year, or $18750 over five years. If you paid $1250 to learn how to make an additional $3750 every single year for the rest of your career, your return on investment would be a phenomenal 300% per year. And remember, that’s just with one more session a week. How many of you would be happy with a 300% return on your financial investments? How about 1/3 of that? Of course you would be thrilled.

The point is this: you need to think of how many more years you will be in business to get a true idea of the value of a new idea or training. And the wonderful fact is that the more money you make per year, the easier it is to recoup your investment because even a small percentage increase yields a lot of money. I recently took a year long seminar that cost $7500. In that entire year, I probably learned three solid ideas as well as a different business mindset. My business increased by $85,000 in the year after taking the seminar, about $50,000 of which could be directly attributable to the course, and of which about $30,000 was pure profit. So in less than one year I recouped my entire investment. And every year after I will benefit from this knowleldge.

With my current business income, there is almost no training that won’t pay for itself quickly. As a result, I’m free to be a bit more aggressive in seeking out the absolute best training available.

But even if you’re starting out or have a small income, remember these points:

The Advice of Billionaire J. Hunt

You’ve probably never heard of him. Because J would have wanted it that way. He was a bankrupt cotton farmer who finally ended up becoming a billionaire. In the latter years of his life he was interviewed by a newspaper reporter.

“What is your secret to success?,” asked the reporter.

The first thing is to Write Down Your Goals. Most people have it sitting in their heads, and that’s no use. Take a piece of paper and write it down. That’s step No. 1. Most people never get to the first step. And the first step is vital.

If they do get to the first step, they miss out on the second.

Learn Exactly What You Need to Do to Grow to the Next Level of Success. Learn More

We Respect Your Privacy
Menu
FREE Practice Analysis
Learn Exactly What You Need to Do to Grow to the Next Level of Success
We respect your privacy. Your information is safe and will never be shared.